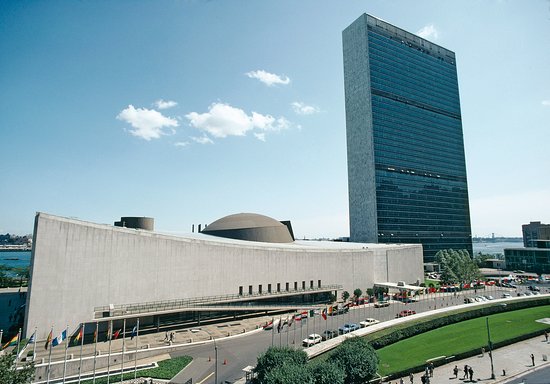 Washington, D.C.: “Our mission is to support concrete solutions having a direct impact on the lives of the people and the planet. Times is running out and the price we are paying for delays is on the rise…The protection of human rights and the fight against all forms of discrimination should be further mainstreamed into our decisions,” this is the vision of Ambassador Kőrösi Csaba, newly elected President of 77th session of the United Nations General Assembly. Dr. Ghulam Nabi Fai, Chairman, Washington-based ‘World Forum for Peace and Justice’ expressed his appreciation to the newly elected President of UNGA for his inspirational insight. Fai also offered, on behalf of the people of Jammu & Kashmir sincerest congratulations on his election as the President of UNGA.

“May I be permitted to raise the unresolved question of Kashmir with you briefly. I would hasten to add that while we are fully aware of the multiplicity of issues that you will be devoting your time and attention to in the months to come, you may perhaps like to remember that Kashmir is not a new issue, having been on the agenda of and in the cognizance of the United Nations for nearly 75 years.  Ironically, it is the only entity in the region of South Asia, which has so far been denied the opportunity to determine its political future,” Fai emphasized.

Dr. Fai clarified that, we are by no means unmindful of the fact that, in your capacity as the President of UNGA, you have to be impartial between the parties concerned and perceived to be so. However, it is, therefore, on the ground of the recognized principles of the Charter of the United Nations and respect for international agreements and for the resolutions of the Security Council that we approach you with the appeal that you exercise your good offices to urge India and Pakistan to explore a solution of the Kashmir dispute in accordance with the wishes and aspirations of the people of all zones of the State of Jammu & Kashmir.

Fai warned that the persistence of this problem has been a source of weakness for both India and Pakistan. It has diminished both these neighboring countries. The world powers draw great satisfaction from India’s striking economic progress which will enable India to play its rightful role as a great power.  That kind of role can only be hobbled by a festering problem. A great power cannot afford disputed boundaries if it wishes to maintain or enhance its prestige and influence; a small or even a medium power can live with them indefinitely.

Dr. Fai drew the attention of the President to the observations made by some Indian intellectuals, diplomats and journalist who perceive a growing awareness in the Indian middle class that the persistence of the Kashmir problem weakens India by diminishing its stature among the great powers. As a matter of fact, there have always existed saner elements in India which have questioned both the ethics and the practical advantage of India’s intransigence on Kashmir. As they have received little support from outside, they have remained mostly subdued.

But the apparent failure of India’s policies, the tattered regime it maintains in Kashmir and the losses it has made to sustain in Kashmir, despite the employment of an overwhelming force – 900,000 Indian army -- to brutalize the people into submission – all these seem to be bringing home to more and more people in India, even in its army, that the game is not worth the candle.  But this constructive trend will vanish if the world powers are seen as tolerant of India’s obduracy and unmindful of healthier opinion in India itself about what is best for India. It should not be futile now to ask that Kashmir be looked at not as a dispute between India and Pakistan but as a problem of India and Pakistan together.

Fai urged the President, UNGA to use his office to persuade India to rescind the Domicile Law immediately which is designed to change the demography of Kashmir; and which is in violations of all the UN Security Council resolutions which were accepted not only India and Pakistan but also by the world body. 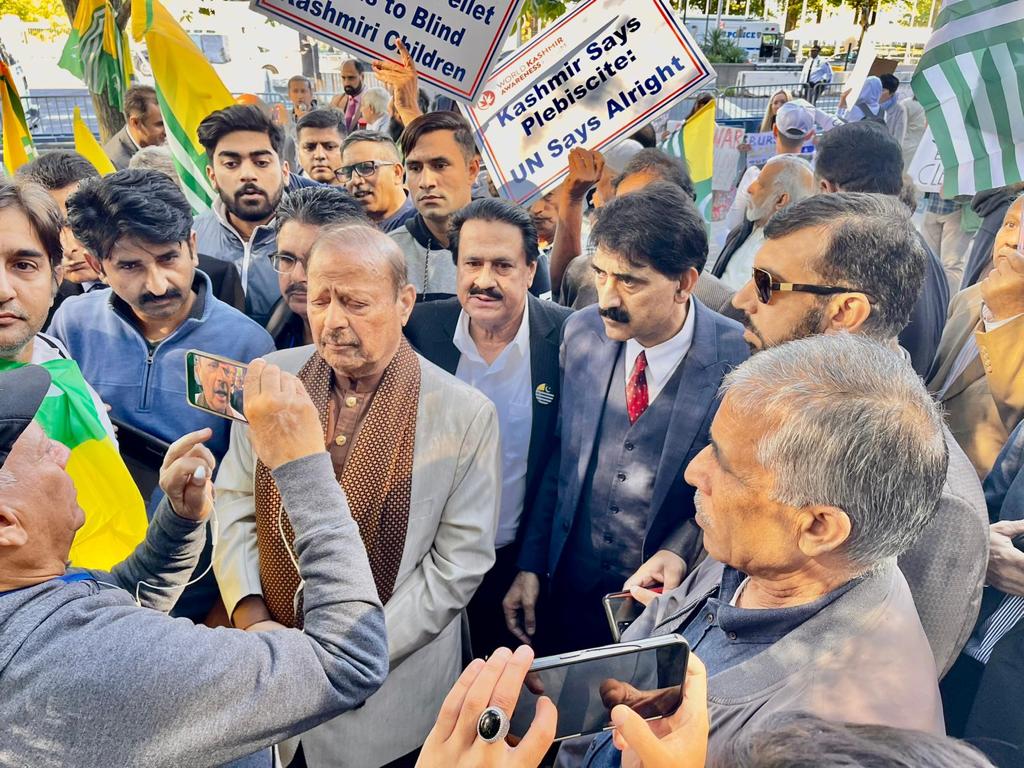 New York:  Kashmiri Americans and friends of Kashmir gathered at the United Nations headquarters during the speech of Dr. S. Jaisha Support the relief efforts for the recent floods in Pakistan

New Jersey, USA: The American Sikh Council (ASC) is very sad and concerned about the massive floods in the south-western part of Pakistan which has 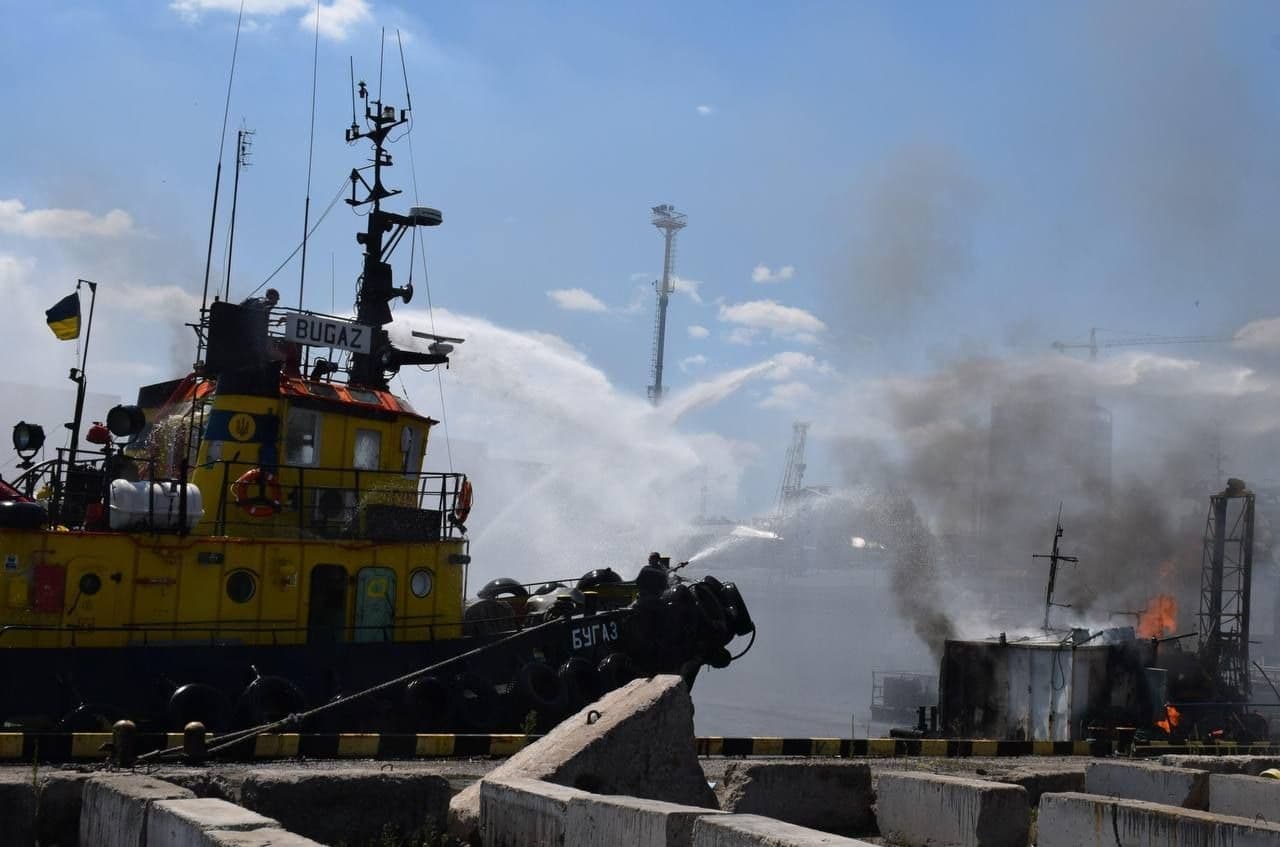 London: (By Hannah Chowdhry) The war between Russia and Ukraine continues on with severe ferocity.  Little has come from attempted negoti