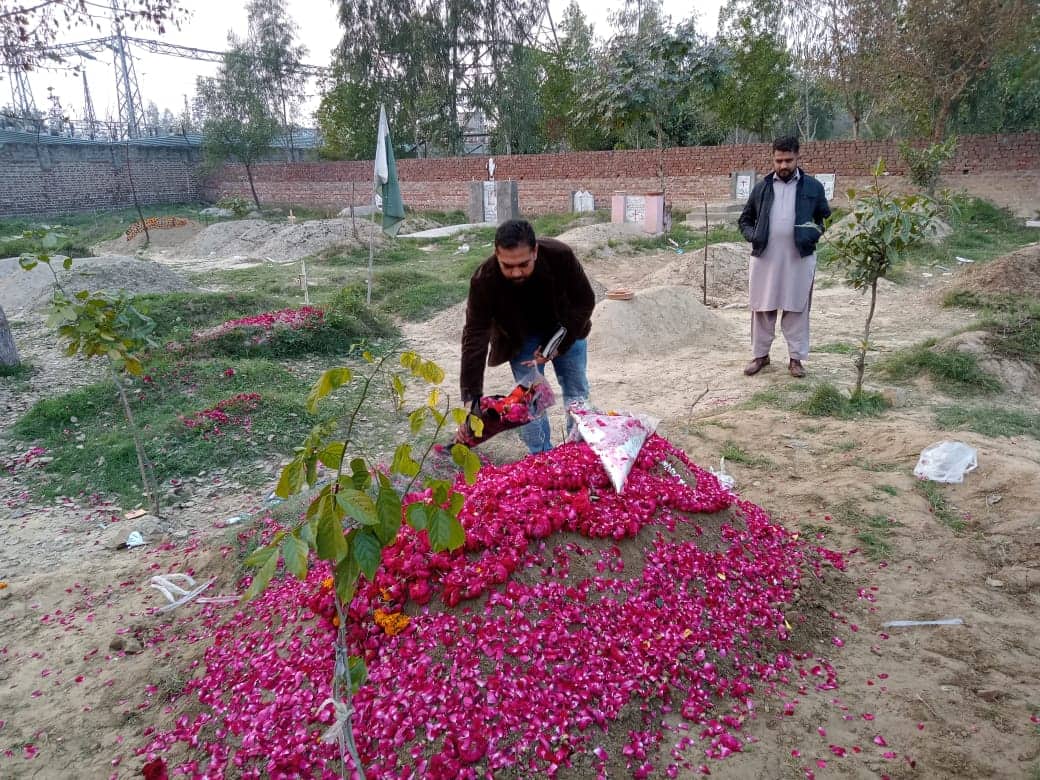 London: On 13th February at 9pm, a gang of 4 Muslim men entered a games arcade room owned by a Christian man and frequented mainly by Christians.  The Muslim men were drunk even though it is illegal for them to drink alcohol in Pakistan when they entered the arcade and began being disruptive.

The men hurled abuse at Christians and then muscled in on a game being played by a group of  3 Christian boys.  The Christian boys however attempted to get back control of their game (which they had paid for) from the larger group of Muslim boys.  In response the Muslim gang began to fight with the smaller group of Christians and when the Christians were winning one of the Muslim men shouted out to other Muslims, to join them.  In a matter of mere minutes over 20 additional Muslim men joined the melee and beat the Christian men. Once they could see they had won the fight the Muslim men left the boys after spitting at them and hurling abuse, calling them churay (dirty Christians) and threatening them with more violence if they ever stood up to Muslims again.

Sobil Masih (22 yrs), Yashua Masih (23 yrs) and Amoos Masih (23 yrs) were seriously injured and were taken to General Hospital Lahore for treatment, by some relatives. On arrival at the the hospital in a bloody state police noticed the injuries on the men and interviewed the Christian men about what had happened.   Police then obtained the Medico-Legal Certificate (MLC) of Sobil Masih was obtained from the hospital and was utilised in registering a First Incident Report FIR against the culprits.  This was filed at Factory Area Police Station , Walton Road, Lahore.

The next day after police began questioning the Muslim men about what had happened the implicated Muslim men gathered a large mob of between 150 – 200 young Muslim men.  The men  marched through the Christian area of the development area arriving at the arcade  at 9am.  There the group found Sobil , Yashua  and Amoos and threatened to kill them for registering an FIR, shouted anti Christian slogans and said ‘We will kill all of you churay’.

Meanwhile Perviaz Masih (32 yrs) the owner of the games arcade was upstairs in his flat above his shop, eating his breakfast. When he heard the commotion he climbed down his stairs to see what was going on below. As soon as  he came down the Muslim gang started hurling abuse at him and the community and Pervaiz simply asked the mob members not to use such foul language before women and children.

At this, Raja Yusaf who seems to be a leader of the group of 4 Muslim men that instigated the first attack shouted out ‘Today we will not let you live to live for speaking against Muslims’,  ‘You do not have have the right to wash our feet’.

This resulted in a man named Raja Jaidi and Hassan aka Budda grabbing the arms of Pervaiz Masih and holding then tightly to his sides. A man named Shani Butt armed with a pistol then began  firing a pistol in the air to keep other Christians away. Then A man named Soni hit the back of Pervaiz Masih’s head with a brick bringing him to a state of unconsciousness immediately.  Pervaiz Masih crashed to the ground as the Muslim men holding his armed released them. After seeing that Pervaiz was no longer moving the Muslim gang scattered away quickly.

Rebecca and Ashish  placed him in a Rickshaw with the help of other local people and they took him to Itefaq Hospital.  Once there however, the sister and nephew were advised that Pervaiz was dead on arrival.

Rebecca and her son with other placed Pervaiz in a Rickshaw with the help of other local people and they took him to Itefaq Hospital.  On arrival however, the sister and nephew were advised that Pervaiz was dead on arrival.

That same day the whole community came to mourn with the family throughout the day and some grouped together later for a prayer vigil.

Pervaiz Masih was the only brother of seven sisters. He was the only bread winner for the family and supported two disabled sisters.  His community have spoken of his commitment to his church which he attended regularly and volunteered to help clean and maintain the church.

Pervaiz Masih ran his own video game arcade which was attended mainly by Christians but some Muslims would attend.  A group of Muslim men from the Neighbouring block were known for playing and then skiving off without paying for games.

Rebecca Masih (30 years), the sister of Pervaiz Masih spoke with a BACA officer, she said:

“Pervaiz went downstairs to the street to see what was causing all the pandemonium.

“We told him to stay with us and leave it and Pervaiz told us he would be back in two minutes.

“I think he was worried about his shop.

“There was gun fire, then lots of screaming so I walked downstairs to see what was going on, as Pervaiz had not come back.”

“I saw my brothers lying in a pool of blood, panic took over and I just screamed and screamed.

“My innocent boy worked hard to support all of his family.

“My husband and I have been retired for years and my Godfearing son even financed and cared for his two disabled sisters.

“My heart is full of sorrow, I have lost my beautiful boy.

“I will never be the same, how can I after seeing the corpse of my son bleeding on the streets before my home.”

Zakria Masih, a community voice, was initially worried about the police investigation, he said:

“Initially, the police officer who received the FIR application told  us that the medico-legal certificate written by doctors  was not properly transcribed.

“The police however registered  FIR number  918/22 later he same day.

“The community seeks justice for all those hurt in these recent attacks.”

Zakria Masih disclosed that it is usual that Muslims residing in B-Block of LDA Quarters persecute Christians of A-Block. From time to time, young Muslims men have beaten Christians who travel past B-Block.

“I went to Muhammad Akram, a local Muslim politician and requested for a reconciliation between Muslims and Christians.

“He wanted to help and advised me to make contact with the Imam of the local mosque.

Unfortunately, these men murdered Pervaiz Masih before such a meeting could be arranged.”

“The death of yet another martyr is a cruel blow for Christians in Pakistan.

“Pervaiz Masih did nothing to warrant being killed he simply lived on the Christian side of a government funded housing scheme.

“That being Christian can cause such hatred towards innocent communities, is indicative of how Pakistan’s Government has failed to make any inroads towards better community harmony.

“If you’re a Christian in Pakistan your chances of survival  increase the further away you live from Muslims.

“Is this really the Naya (new) Pakistan that Prime Minister Imran Khan wants?”

According to some eyewitnesses, the police arrived before the murder but simply watched when the culprits began firing their guns.

An application for the registration of FIR was filed at Police Station Factory Area.  FIR No.922/22 has been registered against the sections of 302,148,149 and 34 of PPC.

Superintendent of Police Muhammad Essa has confirmed the arrest of one of the nine culprits nominated in the FIR. He further confirmed that police are conducting raids to arrest the remaining culprits and had increased the community presence of officer in the area to prevent any further escalation.

Pervaiz’s corpse was received on 15th February after completion of the Post-mortem Exam.   He was later buried in Christian graveyard LDA Quarters and British Asian Christian officers attended.

The BACA team have visited the family and have covered all funeral expenses and we have offered them legal help. The family has requested for some financial support as Pervaiz was the only bread winner for  the family.  The family will not be able to run the arcade anymore as there is no male to run it in a very patriarchal society.  The family will surrender the lease and now are forced to sell off the arcade equipment at a low price. We would like to offer an amount of £100 per month to the family as they begin life without Pervaiz. If you would like to donate towards this help please donate (here).

A catholic priest presided over the funeral

Women prayed during an emotional farewell

Many hundreds of men took turns carrying a martyrs coffin.